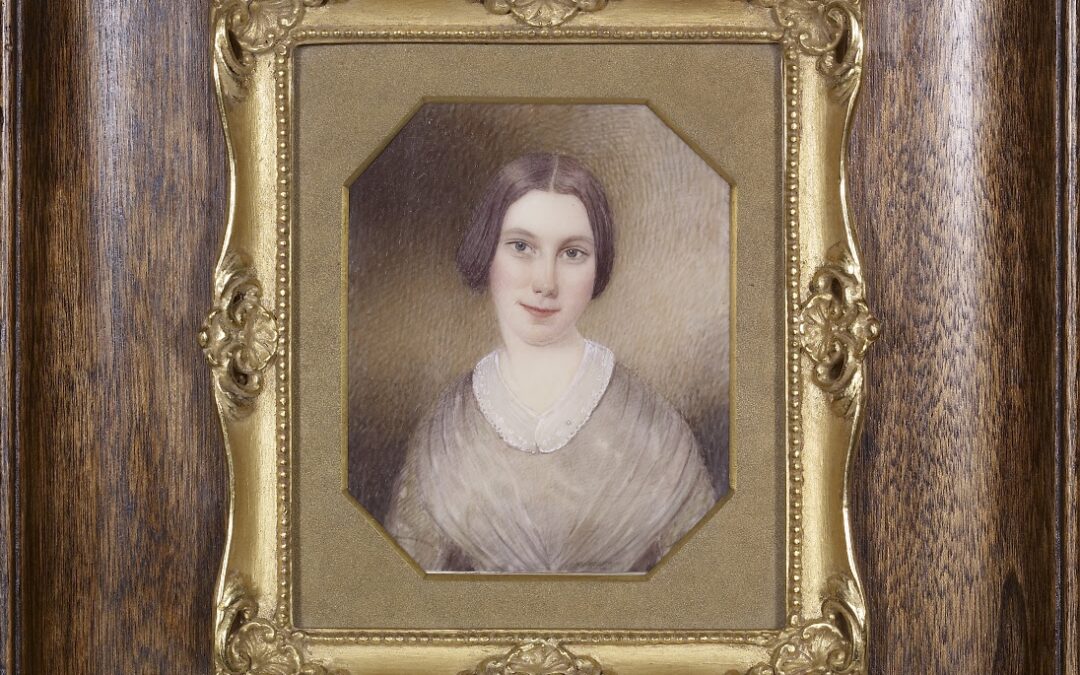 Frances H. Whipple was born in 1805 in Smithfield, Rhode Island, daughter of George Whipple. Although she descended from two of the state’s first families, her father fell into poverty in 1817, and she was forced her to support herself. She gained some recognition for her poems that appeared in local papers, and in 1829 published and edited the “The Original,” contributing ten of its fifteen articles. The periodical ceased after two issues but gave her the editing experience she would use later.

Over the next decade she was involved with reform writing, including topics about temperance, labor, suffrage, abolition, and spiritualism. One of her most noteworthy writings about combating injustice was   Memoirs of Elleanor Eldridge,  published in 1838.

In 1842, during Rhode Island’s Dorr Rebellion, Frances supported Dorr’s efforts to achieve reform of the state’s voting laws. After this uprising was suppressed, she fled to Connecticut with her new husband, an artist named Charles Green. Their marriage that lasted until 1847. She divorced him, claiming that he had abandoned her, but she also alleged he was guilty of violent behavior.

After the divorce, she had little to fall back on. She wasn’t making enough money to support herself with her writing. It was at this time that she met Reverend Samuel Brittan. During a serious illness, he sank into a coma and saw a spirit standing at the foot of his bed. He was so impressed with the experience that he became the leading spokesperson for Spiritualism in the 1850s.

Green moved to New York City and became so close to the Brittan’s that she was considered family and helped Mrs. Brittan with childcare. This became the most productive years of her life working as a writer and editor. She became the largest contributor to Reverend Brittan’s journal, Univercoelum and Spiritual Philosopher, which started in 1847.

After Univercoelum, Brittan partnered with Charles Partridge and published Shekinah (divine presence) Green was a “highly valued contributor” from 1852-1854. She wrote for the Spiritual Telegraph from 1852-1860. She also worked with Apollos Munn and Rev. R.P. Ambler on a series of Spiritualist publications.

Green wrote articles on seer Emanuel Swedenborg and wrote for a series of publications. In 1853, she co-edited the Journal of Progress, a Paper for the People. It was a weekly publication by the Harmonial Association. Green met with Spiritualist Paschal Beverly Randolph and they maintained a cordial relationship until he passed. She said he contacted her after his death.

All her work with Spiritualism did not hinder her crusade against slavery. Whipple’s longest antislavery work was a novel called Shahmah in Pursuit of Freedom, or the Branded Hand. She also co-edited the Young People’s Journal which contained many of her poems. She wrote several other works including a botany textbook and the biography of a clairvoyant healer, Semantha Mettler.

In 1861, Green moved to San Francisco. She assumed the role of a medium, speaking and writing antislavery messages that she said were dictated to her from the spirit world. She married her second husband, William McDougall, a gold miner, California assemblyman and brother of the state’s second governor. She died in 1878 in Oakland, California, and is buried in Mountain View Cemetery.