Connecting with the Other Side 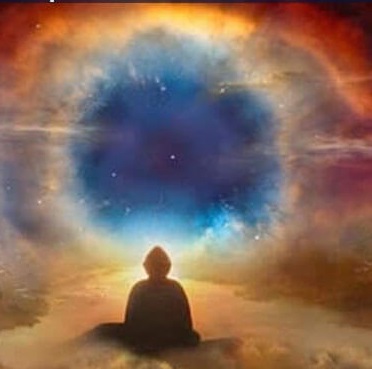 Most often, we focus on methods and techniques to connect our Earthly plane to the spirit world. We don’t realize that the spirits must work to connect from their side as well.

In the book, The Blue Island, William T. Stead describes his process of reaching Earth from the spirt world. He first brings up the issue of time. On earth we are acutely conscious of the passage of time. The Earth’s orbit around the sun creates years. Its rotation divides those years into days and nights. People have subsequently divided days into hours, minutes and seconds.

He informs the reader that the spirit world has no such passage of time. “We have no dark sky,” he said. “only a light one, and we have, for the sake of the present illustration, an unlimited supply of energy. We do break up our time, but it is not your breaking, therefore we can seldom be accurate in telling when a thing did, or when a thing will, happen.”

William Stead wrote of many buildings being present in the part of the spirit world in which he resided. One of those buildings was used to establish communications with the Earth. He said that it was a well-organized, very business-like place. There were hundreds of people there trying to get messages back home to loved ones. He referred to the messages as “heart calls.”

William said he expected the building to be equipped with different instruments to aid their communications but found none. “It was only the human element,” he wrote. Connection was achieved by thought.

On his first visit to the building, he had a long conversation with a mundane looking man. He was told that they had a system of travelers who worked very closely with the Earth. “They had the power of sensing people who could and would be used for this work at the other end.”

William visited the building frequently, trying to get messages home by more than one means. Sometimes he succeeded; sometimes he did not. “The spirit has much to do himself with the success or failure attained; a great deal depends upon him. Every time I succeeded I helped another.” When he did fail, he was given unlimited help by those working there.

He first successful communication was with a group of people holding a séance. “I had to visualize myself among these people in the flesh. Imagine I was standing there in the flesh, in the center of them, and then imagine myself still there with a strong light thrown upon me….Create a picture.”

The first time, none of his family were present and he made only his face visible to them. Later on, William Stead became adept at communication, and through spirit writing, gave us the information contain in the book, The Blue Island.