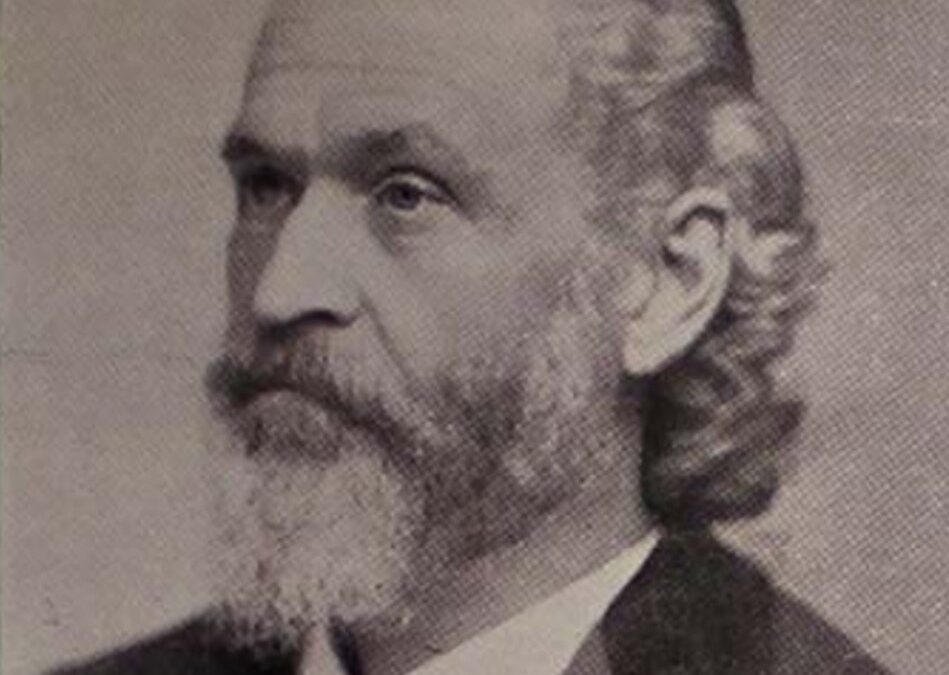 James Madison Allen was born to Galen and Maria Allen in East Bridgewater, Massachusetts in 1837. He was educated in the common schools, graduated and became a teacher. James participated in the Civil War for about one and half years before deserting. He married Cordelia Fanny Sampson in 1862 while living in East Bridgewater and they had one child, Loverneet, who was born in 1863 and died in 1879 of Typhoid fever. It’s unclear what happened to the marriage. He and Fanny “Allyn,” who became a notable medium, lived apart not long after their marriage.

In 1868, James married Sarah Spaulding. He became a lecturer on Spiritualism about that time and wrote while in trance. James was listed as a Spiritualist Lecturer in the Banner of Light for over two decades. During the 1870s, he lived in Massachusetts, and during the 1880s in New Jersey. He was secretary of the First Spiritualist Society in Ancora, New Jersey for a time.

James married his third wife, Margaret Theresa, about 1800 and they made their home in Springfield, Missouri. The Allens were delegates to the First National Delegate Convention of Spiritualists held in Chicago in 1893.

James published a 92-page book, Essays, Philosophical; and Practical from the Higher Life, of essays written automatically from 1861 to 1864, an “argument on behalf of a continuous life after the close of our earthly career.” Other publications noted in the Pittsburg Kansan, 26 March 1896, were Messages from the Spiritual Congress through the Mediumship of James Madison Allen, Organic Basis of the Spiritual Co-operative Brotherhood, and Principal Reasons for Entertaining the Vegetarian or Fruitarian Principle.

The Indianapolis Journal, 3 April 1896, wrote “Professor James Madison Allen, of this city, gave a short talk this morning on spiritualism. He was followed by Mrs. M. T. Allen, his wife. They are the only two mediums in attendance at the conference. Prof. Allen is one of the leading spiritualists of the State, and has just issued a pamphlet of six essays, purporting to come through him from those in the spirit land. He is a patriarch in appearance and is a power in the association.”

James died in 1909 in Springfield, Missouri at age of 72. His obituary in the Springfield News-Leader, 25 August 1909, stated, “He was engaged nearly all of his life as a lecturer. He was prominent in the Spiritualist movement and in late years had devoted all of his time to that line of work. Mr. Allen possessed decided opinion on religious matters and spiritual affairs, being a close student and a writer and lecturer of considerable note.”