The Spiritualists’ National Union of the UK (SNU) 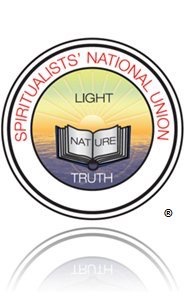 The SNU is a not for profit, limited company, registered in 1901.

The SNU supports and has helped to unify around 340 Spiritualist churches and centres throughout the United Kingdom. There are over 2700 individual Spiritualists who pay an annual fee for formal membership of the company.

SNU churches and centres have a total of approximately 11,500 people who pay an annual subscription for membership.

Throughout the United Kingdom the company supports the training of spiritual healers, spirit mediums, public speakers and teachers.

The company is directed by the National Executive Committee (NEC). Reporting to the NEC are Standing Committees, Sub-committees, an advisory National Council, 14 regional committees, the Lyceum Union, and SNU international.

The company aims to promote the religion and philosophy of Spiritualism as based on the Seven Principles:-
1. The Fatherhood of God.
2. The Brotherhood of Man.
3. The Communion of Spirits and the Ministry of Angels.
4. The Continuous Existence of the Human Soul.
5. Personal Responsibility.
6. Compensation and Retribution Hereafter for all the Good & Evil Deeds done on Earth.
7. Eternal Progress Open to every Human Soul.