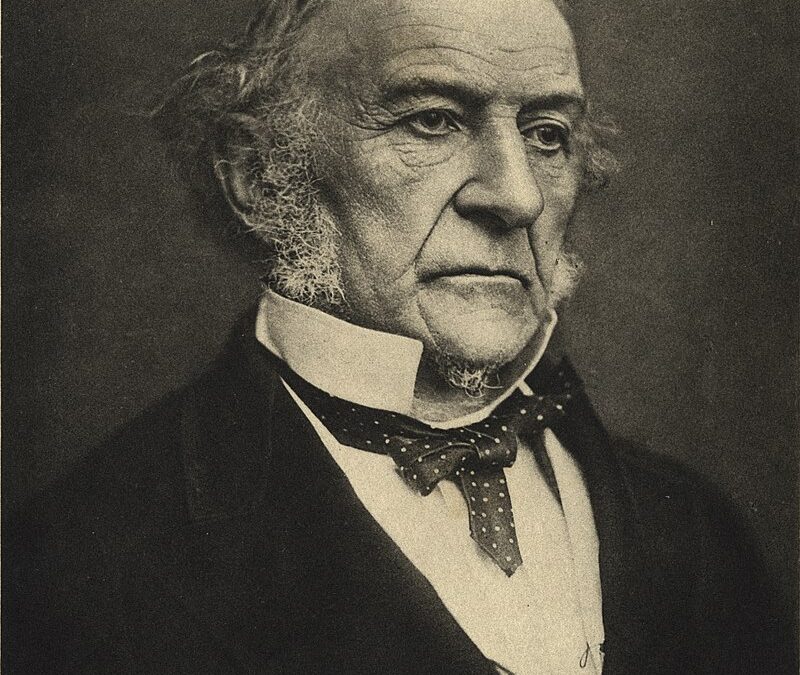 William Ewart Gladstone was born in Liverpool in 1809, the son of Anne and John Gladstone, a merchant from Scotland who made the family’s fortune in the corn trade. Gladstone was educated at Eton and Christ Church, Oxford. His family was highly religious, and he originally wanted to be ordained in the Church of England. Instead, he went into politics. He became a member of the House of Commons in 1832 as part of the Conservative Party. He served as both minister and chancellor. In 1839 he married Catherine Glynne and they had eight children.

Over the years he developed his own political doctrine which became known as Gladstonian liberalism. He was popular with the working class and called “The People’s William.” In 1868, Gladstone became prime minister for the first time. He formed his second ministry in 1880 and a third in 1886. He formed his last government in 1892 at the age of 82. He left Parliament in 1895 and died three years later.

Gladstone was known as a controversial figure. His religious views grew more liberal over time, and he was more tolerant of Nonconformists and Roman Catholics. In the early 1850s, he voted to remove restrictions on Jews and opposed the anti-Catholic Ecclesiastical Titles Bill. He moved from being a strict evangelical to a liberal catholic. It is not surprising that he also dabbled in psychical research and seances.

Gladstone attended his first séance run by medium William Eglinton in 1884. Eglinton used slate writing to answer questions. After the story about the event broke in the news, Gladstone downplayed the seance, but he still attended gatherings and associated with Spiritualists. He may have stayed away from actual seances to avoid the bad press, but that did not keep him from reading on the subject. His library contained books on theosophy, spiritualism, spirit rapping, astrology, palmistry, mesmerism, and more.

Gladstone corresponded with many practicing spiritualists. John Francis Hunt sent him communications from the late President Lincoln. Madame Du Guet sent him “autographs” from the spirit world. He also joined the Society for Psychical Research in 1885 and was founder of the Metaphysical Society which collected and shared knowledge of “mental and moral phenomena.”