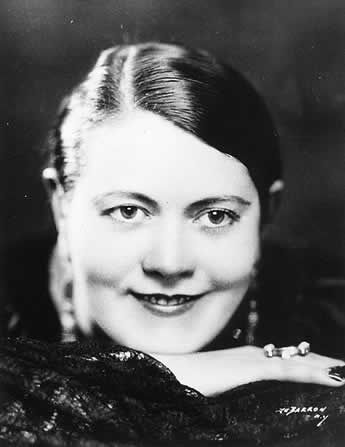 Eileen J. Garrett was born Eileen Jeanette Vancho Lyttle in 1893, at Beau Park, County Meath, Ireland. She exhibited paranormal ability at an early age, but her family dismissed her visions as fantasies and she was prohibited from pursuing her talent.

Garrett married three times. Her first marriage to Clive Barry produced three sons who died young and a daughter. After divorcing Barry, she ran a hostel during WWI for wounded soldiers. It was one of those soldiers who proposed marriage to her. Not only had she experienced premonitions about her patients, he saw his own death coming. He died in action a month after they married. Her final husband was another wounded soldier, J.W. Garrett. When that marriage ended in 1927, she remained single the rest of her life.

Garrett met writer and social activist Edward Carpenter in 1919. He tried to convince her that she had psychic ability. She admitted that her perceptions were not fantasies or hallucinations but saw them as a special talent for introspection. This led to a spiritual experience in which she envisioned herself as a divided personality, half normal and half medium. She of thought her powers not as supernatural, but something that came from deep within her own mind.

One of her hostel visitors was the first to mention mediumship to her. He had been receiving messages from his deceased daughter through such a person. Garrett was skeptical but agreed to accompany him to the London Spiritualist Alliance (LSA) where she witnessed a clairvoyant in action. Curious about what she’d seen, she began to attend meetings. It was there that she experienced her first trance. Her communication with deceased people left her nauseated and alarmed.

At that point, her husband banned her from returning. She submitted to his wishes but that did not stop her curiosity. She consulted a hypnotist, entered a trace state, and connected with an entity named Uvani. Garrett didn’t want to accept that she was communicating with a spirit, but she returned to the LSA. She eventually met psychic researcher, James Hewat McKenzie, and decided to develop her mediumship under him.

Garrett took an academic approach to psychic phenomena and mediumship. She worked with scientific researchers Sir Oliver Lodge, Harry Price and others in the 1920s and 30s. She traveled to the United States where she participated in experiments led by the American Society for Psychial Research and was tested by J.B. Rhine and J.G. Pratt at Duke University.

After WWII, Garrett moved to the United States and established a publishing house, Creative Age Press, in New York. She continued to support research in the hopes of bringing together science and religion. She founded the Parapsychology Foundation in 1951. Uvani remained her principal spirit guide throughout her career, but she thought of her guides as “principles of the subconscious.” She remained skeptical on the question of survival after death.

Garrett died in 1970, in Nice, France. In addition to the foundation, she authored seven books on the paranormal and novels under the pseudonym Jean Lyttle.

Garrett, Eileen (1939) My Life as a Search for the Meaning of Mediumship. London: Rider & Co.